For years, Durgol has been the reliable helper in the fight against limescale. The high quality Swiss Product removes limescale quickly and thoroughly. Durgol was invented in Switzerland over 65 years ago. Over the years, this formula has been further perfected to become the world market leader in decalcification/descaling. The Durgol factory in Switzerland has been manufacturing decalcifiers under the Durgol brand since 1951, and is the market leader in Switzerland and many other countries. Durgol is the name you can trust. Durgol is synonymous with swissness, dependability and the best quality. The Product range, starting with the tried-and-tested universal descaler, was expanded to include special descalers for household appliances, offering an added benefit beyond descaling. The Swiss express decalcifier can be used with all brands of espresso machines (fully and semi-automatic) and Coffee machines, such as pod, pad, manual and drip makers. It works to clean such machines as Keurig, Delonghi, Ninja, Philips saeco, Tassimo, Gaggia. Compare the Durgol performance to such cleaners as clean cup, impressa and urnex. 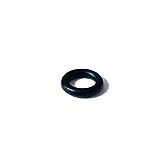 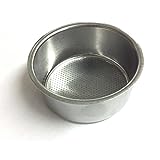